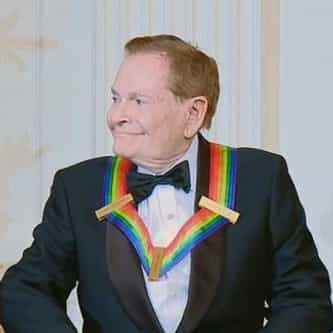 Jerry Herman (born July 10, 1931) is an American composer and lyricist, known for his work in Broadway musical theater. He composed the scores for the hit Broadway musicals Hello, Dolly!, Mame, and La Cage aux Folles. He has been nominated for the Tony Award five times, and won twice, for Hello, Dolly! and La Cage aux Folles. In 2009, Herman received the Tony Award for Lifetime Achievement in the Theatre. He is a recipient of the 2010 Kennedy Center Honors. ... more on Wikipedia

Jerry Herman IS LISTED ON