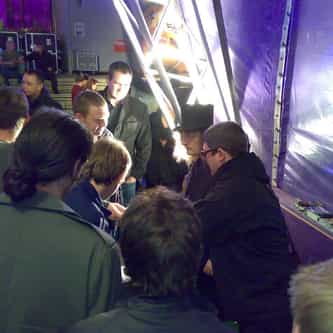 Jerry Sadowitz (born 4 June 1961) is a Scottish-American stand-up comedian and magician. Notorious for his frequently controversial brand of black comedy, Sadowitz describes Bernard Manning as “the good cop” to his bad, and believes that audiences going to see a comedian should suspend their beliefs. He has influenced a generation of comedians, but states that "politically incorrect comedy is no genre: it’s me, and it’s been ripped off by loads and loads of comics". In 2007 he ... more on Wikipedia

Jerry Sadowitz IS LISTED ON