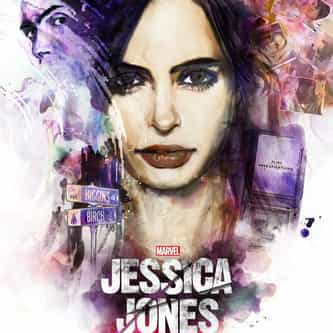 Jessica Jones (Netflix, 2015) is an American web television series created by Melissa Rosenberg, based on the Marvel Comics character. Following the tragic end of her brief superhero career, Jessica Jones (Krysten Ritter) tries to rebuild her life as a private investigator, dealing with cases involving people with remarkable abilities in New York City. ... more on Wikipedia

2.6k votes Why Marvel's Kilgrave is the Best Villain Ever

6.4k readers Everyone Relax, We Summarized All The Netflix Marvel Shows So You Can Skip Right To The Defenders

180 votes What to Watch If You Love 'Jessica Jones'

3.5k votes 33 Easter Eggs You Never Would Have Noticed in Jessica Jones

Jessica Jones IS LISTED ON