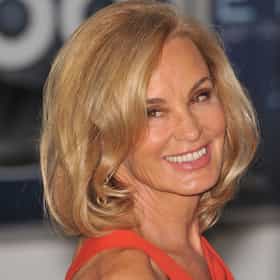 Jessica Phyllis Lange (; born April 20, 1949) is an American actress. She is the thirteenth actress in history to achieve the Triple Crown of Acting, having won two Academy Awards, three Primetime Emmy Awards, one Tony Award, one Screen Actors Guild Award and five Golden Globe Awards. Additionally, she is the second actress in history to win the Academy Award for Best Actress after winning the Academy Award for Best Supporting Actress; the third actress and first performer since 1943 to receive two Oscar nominations within the same year; the fifth actress and ninth performer to win Oscars in both the lead and supporting acting categories; and is tied as the sixth most Oscar-nominated ... more on Wikipedia

Jessica Lange is ranked on...

Jessica Lange is also found on...