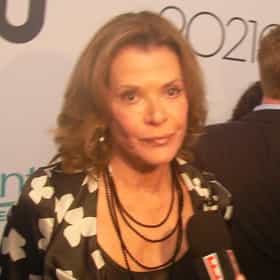 Jessica Walter (born January 31, 1941) is an American actress. She is known for appearing in the films Play Misty for Me (1971), Grand Prix and The Group (both 1966), her role as Lucille Bluth on the sitcom Arrested Development, and providing the voice of Malory Archer on the FX animated series Archer. Walter studied acting at the Neighborhood Playhouse School of the Theatre in New York City. Walter was a series regular for the first half of season one of 90210, provided the voice of Fran Sinclair on the series Dinosaurs, and starred as the title character of the series Amy Prentiss, for which she won the Emmy Award for Outstanding Lead Actress in a Miniseries or TV Movie. ... more on Wikipedia

Jessica Walter is ranked on...

#177 of 283 The Funniest Female Comedians of All Time 260k VOTES The funniest female comedians star on our favorite sitcoms, perform standup at the top comedy clubs and best of all, make us...
#366 of 530 The Best TV Actors of All Time 117k VOTES The greatest TV actors of all time. Some of these actors have been in movies, some of them are even more well known at this ...
Celebs You Didn’t Know Were in Great '90s Kids Shows 318.9k VIEWS Bryan Cranston may forever be associated with Breaking Bad, but did you know the acclaimed actor also spent time voicing ...

Jessica Walter is also found on...