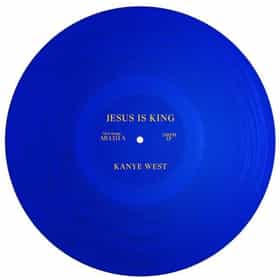 Jesus Is King is the ninth studio album by American rapper Kanye West. The album follows a religious theme, with West describing it as "an expression of the gospel." West had formed his Sunday Service group in January 2019, performing gospel songs and covers of songs from his discography. Sunday Service performed the song "Water" live prior to release. The album features an array of guest artists, including Clipse, Ty Dolla Sign, Nicki Minaj, Kenny G, Fred Hammond and Ant Clemons. The album features production from West, Pi'erre Bourne, Ronny J, and Timbaland, among others. West quit using medication to treat his bipolar disorder and began recording in August 2018, ... more on Wikipedia

lists about Jesus Is King

The Best Songs on Kanye West's Album 'Jesus Is King' 1.4k votes If you listened to the new Kanye West album, make your Jesus Is King review by ranking all the songs from best to worst. Fol...

Jesus Is King is ranked on...

#13 of 50 The Best Gospel Albums of All Time 2.1k VOTES What are the best gospel albums? This list includes great gospel albums such as What if We Were Real, Thankful, and Kings of...
#28 of 212 The Best Albums of 2019, Ranked 22.5k VOTES Here's to another year of good music with the best new albums of 2019. Featuring highly anticipated albums from the biggest ...