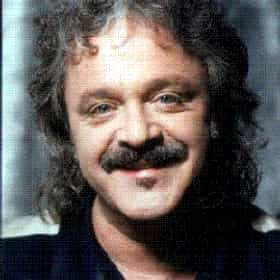 James Jonah Cummings (born November 3, 1952) is an American voice actor and singer, who has appeared in almost 400 roles. He is known for voicing the title character from Darkwing Duck, Dr. Robotnik from Sonic the Hedgehog, Pete, Winnie the Pooh (since 1988), Tigger, Bonkers D. Bobcat and the Tasmanian Devil. He has performed in numerous Disney animated films including Aladdin, The Lion King, Pocahontas, Hercules and The Princess and the Frog, and others from studios such as Universal/DreamWorks, MGM and Nickelodeon including Balto, All Dogs Go to Heaven 2, Antz, The Road to El Dorado, Shrek and Jimmy Neutron: Boy Genius. He has also provided voice-over work for video games, such as ... more on Wikipedia

Jim Cummings is ranked on...

#39 of 150 The Best Animated Voiceover Performances 143.2k VOTES This list contains information about the best animated voiceover performances in film, ranked by your votes. Several famous ...
#4 of 118 The All-Time Best Voice Actors 7.6k VOTES These are voices you could never put a face to, but you know them as well as you know any actor. Deep voices, squeaky voices...
#77 of 100 Who Is The Most Famous Jimmy In The World? 897 VOTES How many celebrities named Jim can you think of? The famous Jimmys below have many different professions, as this list inclu...

Jim Cummings is also found on...