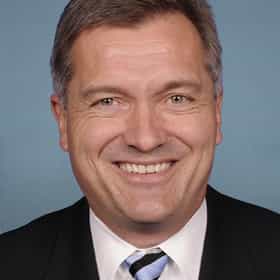 James David Matheson (born March 21, 1960) is an American politician who served as a United States Representative from Utah from 2001 to 2015. He represented Utah's 2nd district from 2001 to 2013 and its 4th district from 2013 to 2015. A member of the Democratic Party, he held the distinction of being the only Democratic congressman from Utah and represented a more Republican-leaning district than any other Democratic member of Congress.On December 17, 2013, Matheson announced he would not seek reelection in the 2014 elections. There was speculation that Matheson, a moderate Democrat, might run in 2016 for Governor of Utah or for the Utah U.S. Senate seat coming open then, but this did ... more on Wikipedia

Jim Matheson is also found on...