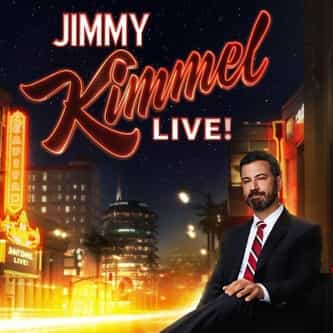 Jimmy Kimmel Live! is an American late-night talk show, created and hosted by James "Jimmy" Kimmel, and transmitted on ABC. The nightly hour-long show made its debut on January 26, 2003, following Super Bowl XXXVII. Jimmy Kimmel Live! is produced by Jackhole Productions in association with ABC Studios . From its premiere until February 4, 2011, the show aired at 12:05 am Eastern Time. The show then aired at Midnight Eastern Time starting February 7, 2011. On August 21, 2012, ABC ... more on Wikipedia

69 votes What to Watch If You Love 'Jimmy Kimmel Live!'

Jimmy Kimmel Live! IS LISTED ON