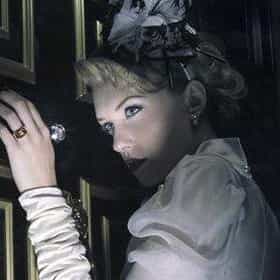 The sixth cycle of America's Next Top Model premiered on March 8, 2006, which would be the last cycle to air on UPN before merging with The WB to create The CW. The catch-phrase for this cycle was "Fairy Tales Come True." This cycle was filmed from October through December 2005. The prizes for this cycle were: A modeling contract with Ford Models. A fashion spread and cover in Elle Magazine. A US$100,000 contract with CoverGirl cosmetics.The international destination during this cycle was Bangkok & Phuket, Thailand. The winner was 20-year-old Danielle Evans from Little Rock, Arkansas. ... more on Wikipedia

Joanie Dodds is also found on...