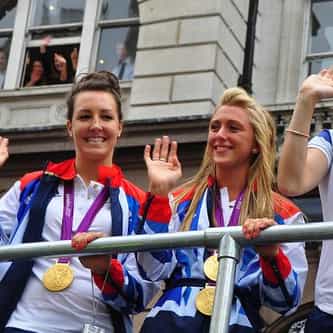 Joanna Katie Rowsell Shand MBE (née Rowsell; born 5 December 1988) is a retired English cyclist on the Great Britain Cycling Team who competed on track and road. Her greatest successes were the gold medals won in the women's team pursuit at the 2012 London Olympics and the 2016 Rio Olympics as well as five World Championship titles, four in the team pursuit (2008, 2009, 2012 and 2014) plus one in the individual pursuit at the 2014 World Championships.She is a reigning Olympic and ... more on Wikipedia

Joanna Rowsell IS LISTED ON