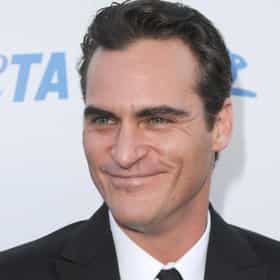 Joaquin Rafael Phoenix (; né Bottom; born October 28, 1974) is an American actor, producer, and activist. For his work as an actor, Phoenix has received a Grammy Award, a Golden Globe Award and three Academy Award nominations. Phoenix started acting in television series with his brother River Phoenix and sister Summer Phoenix. His first major film release was in the film SpaceCamp (1986). During his period as a child actor he was credited as Leaf Phoenix, his self-given name. He later went back to his birth name, Joaquin, and received positive reviews for his supporting work in a wide range of films, most notably for the film adaptation of the novel To Die For (1995) and the ... more on Wikipedia

Joaquin Phoenix is ranked on...

Joaquin Phoenix is also found on...