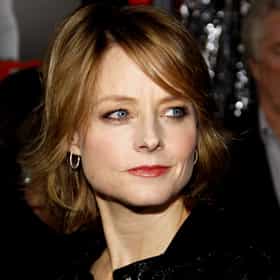 Alicia Christian "Jodie" Foster (born November 19, 1962) is an American actress, director, and producer. She has received two Academy Awards, three British Academy Film Awards, two Golden Globe Awards, and the Cecil B DeMille Award. For her work as a director, she has been nominated for a Primetime Emmy Award. A child prodigy, Foster began her professional career as a child model when she was three years old, and she made her acting debut in 1968 in the television sitcom Mayberry R.F.D. In the late 1960s and early 1970s, she worked in several television series and made her film debut with Disney's Napoleon and Samantha (1972). Following appearances in the musical Tom Sawyer ... more on Wikipedia

Jodie Foster is ranked on...

Jodie Foster is also found on...