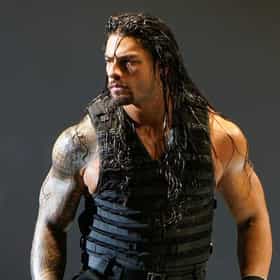 Leati Joseph "Joe" Anoaʻi (born May 25, 1985) is an American professional wrestler, actor, and former professional gridiron football player. He is part of the Anoaʻi family and is currently signed to WWE as a member of the SmackDown brand under the ring name Roman Reigns. After playing college football for Georgia Tech, Anoaʻi started his professional football career with brief off-season stints with the Minnesota Vikings and Jacksonville Jaguars of the National Football League (NFL) in 2007. He then played a full season for the Canadian Football League's (CFL) Edmonton Eskimos in 2008 before his release and retirement from football. He then pursued a career in professional ... more on Wikipedia

Roman Reigns is ranked on...

Roman Reigns is also found on...