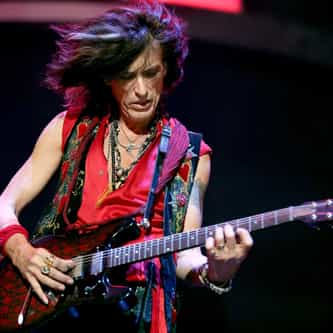 Anthony Joseph Pereira (born September 10, 1950) better known by his stage name, Joe Perry, is an American musician, songwriter and vocalist, who is best known as the lead guitarist and founding member of the American rock band Aerosmith. Sometimes referred to as the "Greatest American Rock Band of All-Time" and the "Bad Boys from Boston". Aerosmith has sold over 150 million albums worldwide and 70 million in the U.S. alone, making them one of the biggest selling ... more on Wikipedia

Joe Perry IS LISTED ON