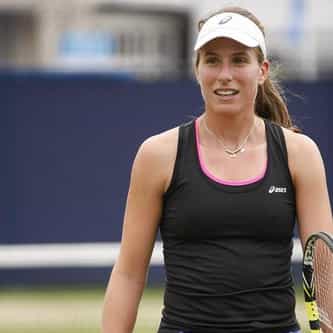 Johanna Konta (born 17 May 1991) is a British professional tennis player who represented Australia until 2012. She has won three singles titles on the WTA Tour, as well as 11 singles and four doubles titles on the ITF Women's Circuit. The current British number one reached her best singles ranking of world No. 4 on 17 July 2017. She has reached the semifinals of the Australian Open, Wimbledon and the French Open. Konta achieved a steep rise in her ranking from the spring of 2015 to late ... more on Wikipedia

Johanna Konta IS LISTED ON