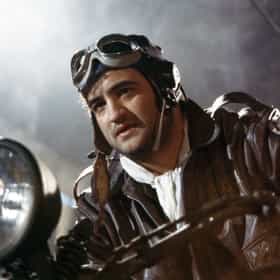 John Adam Belushi (January 24, 1949 – March 5, 1982) was an American comedian, actor, and singer. He was one of the seven original cast members of the NBC sketch comedy show Saturday Night Live (SNL). Throughout his career, Belushi had a close personal and artistic partnership with his fellow SNL star Dan Aykroyd, whom he met while they were both working at Chicago's The Second City comedy club.Born in Chicago to Albanian American parents, Belushi started his own successful comedy troupe with Tino Insana and Steve Beshekas, called "The West Compass Trio". Belushi performed with The Second City after Bernard Sahlins discovered him. He met Brian Doyle-Murray and Harold Ramis ... more on Wikipedia

John Belushi is ranked on...

John Belushi is also found on...