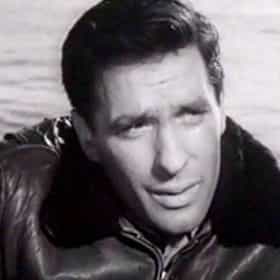 John Nicholas Cassavetes (; December 9, 1929 – February 3, 1989) was an American actor, film director, and screenwriter. Cassavetes was a pioneer of American independent film, writing and directing over a dozen movies, which he partially self-financed, and pioneered the use of improvisation and a cinéma vérité style. He also acted in many Hollywood films, notably Rosemary's Baby (1968) and The Dirty Dozen (1967). He studied acting with Don Richardson, utilizing an alternative technique to method acting which privileged character over traditional narrative. His income from acting made it possible for him to direct his own films independently.Cassavetes was nominated ... more on Wikipedia

John Cassavetes is ranked on...

#326 of 1,148 People who voted for John Cassavetes... also upvote James Bond Franchise on The Best Spy Movies The Best Actors in Film History 2.2M VOTES The best actors ever are ranked here in this list of the best actors in film history. These are the greatest actors ever to ...
#266 of 329 The Greatest Actors Who Have Never Won an Oscar (for Acting) 462k VOTES There are many actors who haven't won an Oscar. For 95 percent of the acting population, there is probably a good reason the...
#17 of 40 The Greatest Directors of the 1970s 2.1k VOTES List of the top directors of the '70s. The 1970s were filled with absurd styles and monumental changes in movies, as some of...
#71 of 101 The Greatest Hollywood Screenwriters Of All-Time, Ranked 1.3k VOTES Who are the best screenwriters of all time? That's a question you get to answer. Without great screenwriters, there wouldn't...
Famous People Of Greek Descent 376k VIEWS This list of famous people of Greek descent is loosely ranked by fame and popularity. Many famous people are of Greek descen...
The Playboy Interviews Of The '70s 14.6k VIEWS Here is a list of all Playboy interview subjects of the groovy '70s. A major part of the magazine appears to be the eye-cand...
Lucky Stars: Actors Who Got Lucky With 2nd-choice Casting 8.1k VIEWS Here is a list of lucky actors who were considered 2nd-choice casting for classic movie roles. Some of the actors who were c...

John Cassavetes is also found on...