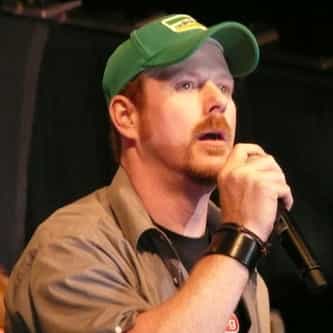 John William DiMaggio (; born September 4, 1968) is an American voice actor and comedian. His gruff, baritone voice features as Bender and others on Futurama, Jake the Dog on Adventure Time, Marcus Fenix in the Gears of War series, the Scotsman on Samurai Jack, Dr. Drakken on Kim Possible, Brother Blood on Teen Titans, Shnitzel on Chowder, Hammerhead and Sandman on The Spectacular Spider-Man, Aquaman on Batman: The Brave and the Bold and King Zøg on the Netflix series ... more on Wikipedia

John DiMaggio IS LISTED ON