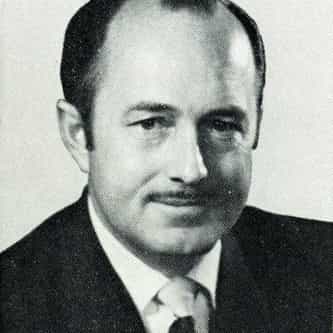 John George Schmitz (August 12, 1930 – January 10, 2001) was a Republican member of the United States House of Representatives and California State Senate from Orange County, California. He was also a member of the John Birch Society. In 1972 he was the American Independent Party candidate for President of the United States, later known as the American Party. Schmitz was notable for his extreme right-wing sympathies. By one measure, he was found to be the third most conservative member of ... more on Wikipedia

John G. Schmitz IS LISTED ON