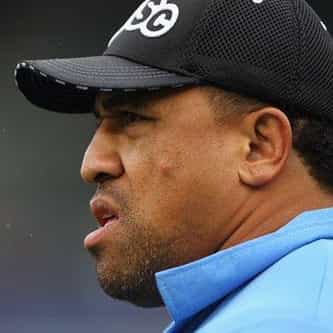 John Hopoate (born 16 January 1974) is a former professional rugby league footballer, and boxer. A Tonga, Australia and New South Wales State of Origin representative winger, he played in the NRL for Sydney clubs, the Manly-Warringah Sea Eagles (with whom he won the 1996 Premiership), Wests Tigers and the Northern Eagles. Hopoate also became the Australian Heavyweight Boxing Champion. He was born in Tonga, but moved to Australia with his family while he was still young and took up the game ... more on Wikipedia