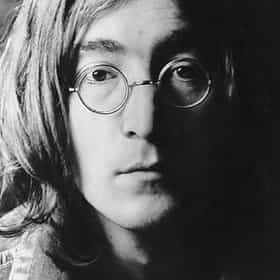 John Winston Ono Lennon (born John Winston Lennon, 9 October 1940 – 8 December 1980) was an English singer, songwriter and peace activist who gained worldwide fame as the rhythm guitarist for the Beatles. His songwriting partnership with Paul McCartney remains the most successful in history. In 1969, he started the Plastic Ono Band with his second wife, Yoko Ono. After the Beatles disbanded in 1970, Lennon continued as a solo artist and as a collaborator of Ono's music. Born in Liverpool, Lennon became involved in the skiffle craze as a teenager. In 1957, he formed his first band, the Quarrymen, which evolved into the Beatles in 1960. He was initially the group's de facto leader, a ... more on Wikipedia

Eric Clapton
28 Facts You Didn't Know About John Lennon 81.5k views John Lennon changed rock and roll music forever... nay, he straight up changed music forever. In his short 40 years of life,...
Bet You Didn't Know John Lennon May Have Been An Abusive Jerk 82.7k views John Lennon's name is heavily associated with peace, love, and togetherness. However, the man behind warmhearted classics li...
Interesting Facts About The Murder Of John Lennon That You Might Not Know 8k views The murder of John Lennon stands as one of the most significant events in music history. The death of the beloved songwriter...
15 Conspiracies About John Lennon's Death That People Truly Believe 1.6k votes In the decades since John Lennon’s death, his murder on December 8, 1980, has taken on a mythic quality. John Lennon murde...
20 Pictures of Young John Lennon 10.3k views This slideshow features photos of the handsome Beatles rock star, John Lennon, when he was young. The Beatles was the most c...
The Best John Lennon Quotes 2.1k votes A list of the best John Lennon quotes. This list is arranged by which famous John Lennon quotes have received the most votes...
The Best John Lennon Songs 4.4k votes List of John Lennon solo career songs, ranked from best to worst by the Ranker community. There are separate lists of The Be...

John Lennon is ranked on...

John Lennon is also found on...