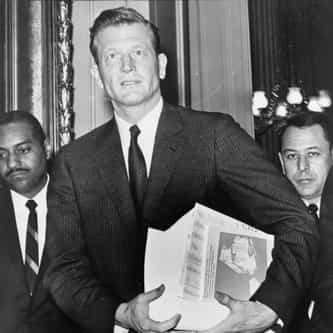 John Vliet Lindsay (; November 24, 1921 – December 19, 2000) was an American politician, lawyer, and broadcaster. During his political career, Lindsay was a U.S. congressman, mayor of New York City, candidate for U.S. president, and regular guest host of Good Morning America. He served as a member of the United States House of Representatives from January 1959 to December 1965 and as mayor of New York City from January 1966 to December 1973. He switched from the Republican to the ... more on Wikipedia

John Lindsay IS LISTED ON

90 year old actors, jim morrison and the illuminati, how many kids does future have, celebs turning 60 in 2020, best women actresses, Best Female Villains, presidents as kids, how tall is owen wilson, how to have a convincing british accent, from dusk till dawn vampires