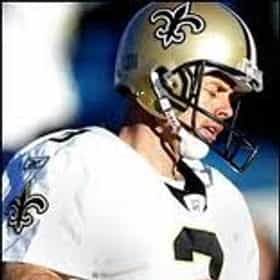 John Michael Carney (born April 20, 1964) is a retired American football placekicker. He was signed by the Cincinnati Bengals as an undrafted free agent in 1987. He played college football at Notre Dame. Carney was also a member of the Tampa Bay Buccaneers, San Diego Chargers, New Orleans Saints, Los Angeles Rams, Jacksonville Jaguars, Kansas City Chiefs, and New York Giants. He was a Pro Bowl selection with the Chargers in 1994 and with the Giants in 2008. When he was released from the Saints' active roster in December 2009, Carney was third on the NFL career scoring list with a career total of 2,044 points. He was the last remaining player from the 1980s still active in professional ... more on Wikipedia

John Carney is ranked on...

John Carney is also found on...