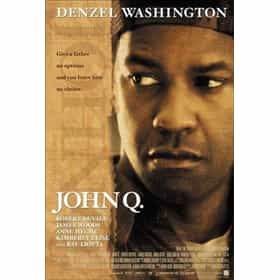 John Q is a 2002 American thriller film directed by Nick Cassavetes. The film follows John Quincy Archibald, a father and husband whose son is diagnosed with an enlarged heart and then finds out he is unable to receive a transplant because HMO insurance will not cover it; therefore, he decides to hold up the hospital and force them to do it. The film also stars Robert Duvall, Anne Heche, James Woods, Ray Liotta and Eddie Griffin, among others. The film was shot in Toronto, Hamilton, Ontario, and Canmore, Alberta, although the story takes place in Chicago. ... more on Wikipedia