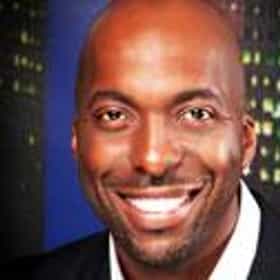 John Thomas Salley (born May 16, 1964) is an American retired professional basketball player, and talk show host. He was the first player in NBA history to win championships with three franchises, as well as the first player (and only one of two, the other being Tim Duncan) in the NBA to win a championship in three decades. After being drafted in the first round out of Georgia Tech in 1986, the 6'11 (2.11 m) Salley played both power forward and center for the Detroit Pistons, Miami Heat, Toronto Raptors, Chicago Bulls, Panathinaikos and Los Angeles Lakers. He was a long-time host of the former Fox Sports Net show The Best Damn Sports Show Period. He is a vegan activist, chef, and ... more on Wikipedia

John Salley is ranked on...

#640 of 858 The Top NBA Players Of All Time 1.9M VOTES When it comes to the top NBA players of all time, there's plenty of speculation and room for debate, though many may not thi...
#42 of 117 People who voted for John Salley... are 6x more likely to vote for Clinton Portis on this list The Funniest Professional Athletes 40.3k VOTES The funniest professional athletes are the stars of the NFL, NBA, MLB and NHL who don't just amaze fans with their athletic ...
#47 of 53 The Best NBA Players Who Played Overseas 3k VOTES Only the best basketball players in the NBA, but sometimes, the greatest NBA players take their talents overseas. Including ...
#12 of 20 NBA Players Who Have Acted In TV & Film 956 VOTES Just when you think NBA players couldn't be any more talented, they go ahead and act in TV and film. We're not talking just ...
#44 of 356 The Best NBA Players from New York 6.6k VOTES Here are the best NBA players from New York. Featuring Hall of Fame greats, superstars, and active players, this list o...
#63 of 64 The Best Miami Heat Players of All Time 32.4k VOTES A list of the best Miami Heat of all time. Formed in 1988, the Miami Heat are the most successful of the recent NBA expansio...
30+ Celebrities Who Believe in Ghosts 634.1k VIEWS This list contains information about celebrities who believe in ghosts. Several famous actors, musicians, athletes, and poli...
26 Celebrities Who Do P90X 75.2k VIEWS This list of celebrities who do P90X has been loosely ranked by fame and popularity. P90X is a 90-day workout program that c...

John Salley is also found on...