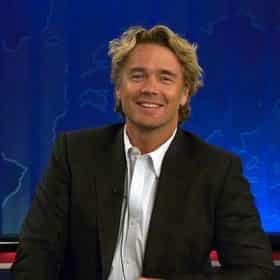 John Richard Schneider (born April 8, 1960) is an American actor and country music singer. He is best known for his portrayal of Beauregard "Bo" Duke in the American television action/comedy series The Dukes of Hazzard, (opposite Tom Wopat, Catherine Bach and James Best), Jonathan Kent in the 2001–11 TV series Smallville (an adaptation of Superman), and James "Jim" Cryer on the television series The Haves and the Have Nots, created by Tyler Perry. Alongside his acting career, Schneider has been a singer since the early 1980s, releasing nine studio albums and a greatest hits package, as well as eighteen singles. This total includes "I've Been Around Enough to ... more on Wikipedia

John Schneider is ranked on...

#286 of 334 The Top Country Artists of All Time 202.4k VOTES One of the most distinct and popular American art forms is country music. The origins of country music began in mostly rural...
#217 of 505 The Best TV Actors of All Time 111k VOTES The greatest TV actors of all time. Some of these actors have been in movies, some of them are even more well known at this ...
Actors Who Were Also One-Hit Wonders 86.8k VIEWS In the dog eat dog world of entertainment, being a great actor is no longer enough. If you want ultimate success, you’ve got...
The Cast Of 'Smallville' - Where Are They Now? 20.5k VIEWS From its initial airing in 2001 until the show’s finale on May 13, 2011, Smallville was considered one of the best sci-...
15 Celebrities with Autistic Children 269.8k VIEWS This list contains information about celebrities who have autistic children, loosely ranked by fame and popularity. Autism i...

John Schneider is also found on...