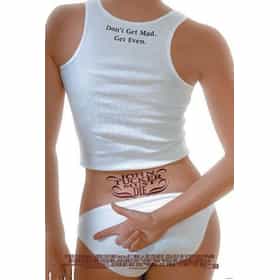 This film is a 2006 American high school comedy romance film, directed by Betty Thomas. The film is about a trio of girls who plot to break the heart of manipulative basketball star John Tucker after they learn he has been secretly dating all three and pledging each is "the one". They recruit cute wallflower Kate in their scheme to publicly humiliate the cad. Released in North America on July 29, 2006. The film reached number 3 in the US and number 1 in Australia. ... more on Wikipedia

John Tucker Must Die is ranked on...

John Tucker Must Die is also found on...