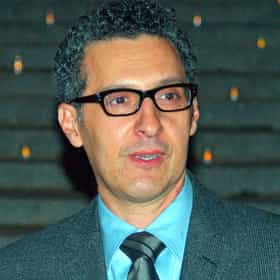 John Michael Turturro (born February 28, 1957) is an American character actor, writer and filmmaker known for his roles in the films Do the Right Thing (1989), Miller's Crossing (1990), Barton Fink (1991), Quiz Show (1994), The Big Lebowski (1998), O Brother, Where Art Thou? (2000) and Transformers film series. He has appeared in over sixty films and has worked frequently with the Coen brothers, Adam Sandler and Spike Lee. An Emmy Award winner, Turturro has also been nominated for four Screen Actors Guild Awards and two Golden Globe Awards. ... more on Wikipedia

John Turturro is ranked on...

#150 of 282 People who voted for John Turturro... People in the Midwest are 2x more likely to vote for this also upvote Star Wars Franchise on The Best Movies of All Time The Best (Male) Actors Working Today 1.5M VOTES The best actors working today include Hollywood legends, Academy Award winners and many of the top up and coming actors in t...
#151 of 179 The Best Living American Actors 269.3k VOTES It takes a lot to make a movie great. There has to be excellent writing, production, direction, editing, and of course, acti...
#295 of 2,003 The Greatest Actors & Actresses in Entertainment History 1.7M VOTES The best actors and actresses of all time, male and female, ranked by film fans worldwide. This list of greatest actors and ...
#113 of 128 Celebrities You'd Let Babysit Your Kid 67.4k VOTES Parents need to be extra careful when choosing a babysitter for your children, and picking a celebrity babysitter invol...
#19 of 75 The Best WTF With Marc Maron Podcast Episodes Of 2019 50 VOTES Since Marc Maron's first episode of WTF in 2009, his podcast has touched on a deep and broad range of topics that varies wit...
Every Person Who Has Hosted 'Saturday Night Live' 50.1k VIEWS Live from New York! It's Saturday Night! This is a list of all Saturday Night Live hosts, in reverse order,...
Celebrities You Might Not Know Are Siblings 3.6M VIEWS This is a list of celebrities that you didn't know were siblings, loosely ranked by fame and popularity. Everyone knows that...
50+ Celebrities Who Went to Yale 48.8k VIEWS This list contains information about celebrities who went to Yale University, loosely ranked by fame and popularity. Several...
The 20 Actors In The Most Coen Brothers Movies 10.8k VIEWS Joel and Ethan Coen love to repeatedly use the same actors in their films. Six different actors have appeared in four or mor...
99 Celebrities Who Went to Ivy League Schools 380.7k VIEWS Celebrities who went to Ivy League schools are those smarty pants actors, musicians, and other famous people in the entert...
Male Celebrities Who Are 6’0" 14.2k VIEWS This list contains examples of male celebs who are 6'0" loosely ranked by fame and popularity. Comfortably taller than ...

John Turturro is also found on...