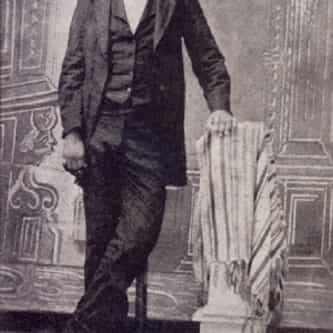 John Wesley Hardin (May 26, 1853 – August 19, 1895) was an American Old West outlaw, gunfighter, and controversial folk icon. The son of a Methodist preacher, Hardin got into trouble with the law from an early age. He killed his first man at age 14; he claimed it was in self-defense. Pursued by lawmen for most of his life, he was sentenced in 1877 at age 23 to 24 years in prison for murder. When he was sentenced, Hardin claimed to have killed 42 men but contemporary newspaper accounts ... more on Wikipedia