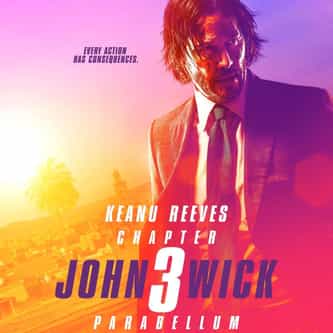 John Wick: Chapter 3 – Parabellum is a 2019 American neo-noir action thriller film directed by Chad Stahelski, and the third film in the John Wick series. Still on the run following his assassination of a member of the High Table in The Continental, and with a $14 million global contract on him, John Wick (Keanu Reeves) is excommunicated from every Continental service, which forces him to fight his way out of New York City with the help of a hitwoman (Halle Berry) who still believes in his ... more on Wikipedia