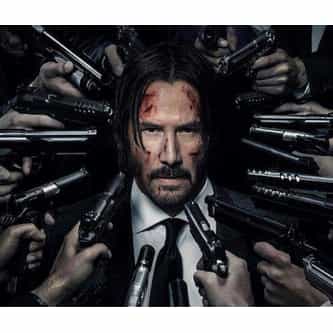 John Wick is an American media franchise which consists of action thriller films created by Derek Kolstad and directed by Chad Stahelski. Keanu Reeves stars as the eponymous character, a retired but deadly hitman seeking vengeance. In the first film (2014), when a gangster’s son steals his car and kills his dog, John Wick comes out of retirement, taking on his entire mob to get his revenge. In the 2017 sequel, forced to honor a debt from his past life, Wick assassinates a target he has no ... more on Wikipedia

4.4k votes 13 'John Wick' Fan Theories That Might Be Too Good To Be True

765 votes All Of The Assassins In The 'John Wick' Series

374.2k readers Insane Behind The Scenes Stories From The John Wick Movies

6.9k readers The 'John Wick' Series Is Actually An Adaptation Of Greek Mythology

John Wick Franchise IS LISTED ON