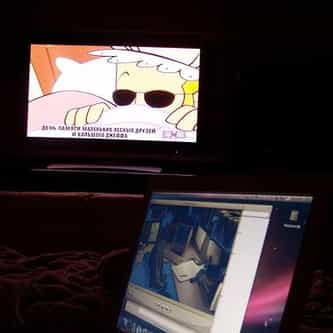 Johnny Bravo is an American animated television series created by animator Van Partible for Cartoon Network, and the second of the network's Cartoon Cartoons. The series stars a muscular beefcake man named Johnny Bravo, who ends up in bizarre situations and adventures and is always trying to score a woman. The series was originally part of a series of shorts on Cartoon Network's animation showcase series World Premiere Toons. The popularity of the shorts led to the network commissioning a ... more on Wikipedia

Johnny Bravo IS LISTED ON