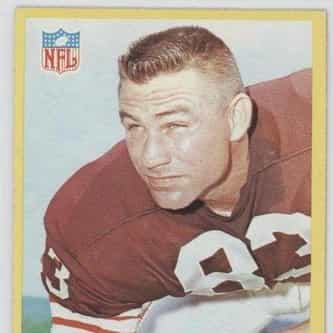 Johnny Lee Brewer (March 8, 1937 – May 27, 2011) was an American football tight end and linebacker in the NFL for the Cleveland Browns and New Orleans Saints. He played college football at the University of Mississippi. Brewer was a fourth round selection by the Cleveland Browns in the 1960 NFL Draft, and was also selected by the Minneapolis AFL teamof the newly-formed American Football League. The Browns also selected Ole Miss teammates Bobby Franklin in the eleventh round and Robert ... more on Wikipedia

Johnny Brewer IS LISTED ON