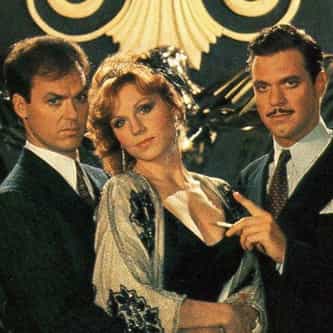 Tagline
Organized crime has never been so disorganized!

Johnny Dangerously is a 1984 American parody of 1930s' movies. It was directed by Amy Heckerling; its four screenwriters included Bernie Kukoff and Jeff Harris. The film stars Michael Keaton as an honest, goodhearted man who is forced to turn to a life of crime to finance his neurotic mother's skyrocketing medical bills and to put his younger brother through law school. ... more on Wikipedia

Johnny Dangerously IS LISTED ON