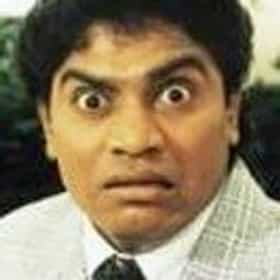 Johnny Lever (born 14 August 1957) is an Indian film actor and one of the most noted comedians in Hindi cinema. Lever is one of the first stand-up comedians in India. Lever has received thirteen Filmfare Awards nominations in Filmfare Award for Best Performance in a Comic Role, and has won the award twice, for his work in Deewana Mastana (1997) and Dulhe Raja (1998). He began his career in 1984, and has acted in more than three hundred Bollywood films. ... more on Wikipedia

Johnny Lever is also found on...