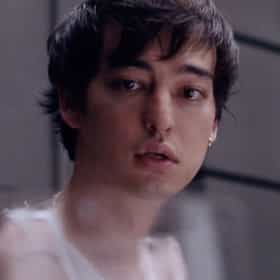 George Miller (born 18 September 1992), better known by his stage name Joji and formerly by his YouTube username Filthy Frank, is a Japanese singer, songwriter, rapper, record producer, and former Internet personality and comedian. Miller's start as an entertainer began on his now defunct YouTube channels, DizastaMusic, TooDamnFilthy, and TVFilthyFrank, that consisted of rap songs, rants, extreme challenges, ukulele performances and a bizarre show titled The Filthy Frank Show, with most of the main characters played by Miller, including the titular character of Filthy Frank. In December 2017, Miller stated he had retired the channel to focus on his music career, under the name Joji, ... more on Wikipedia

Joji is ranked on...

#9 of 174 Every Artist On The Coachella 2020 Lineup, Ranked 19.9k VOTES UPDATE: Due to safety concerns related to the Coronavirus outbreak, Coachella 2020 has been postponed to the weekends o...
#74 of 98 Which Celeb Do You Want as Your Introverted Best Friend? 11k VOTES Isn't it refreshing to hear about nice people who happen to be famous? Some celebs give off serious sweetheart vibes in...
#1 of 23 Famous YouTube Stars Who Quit YouTube 3.8k VOTES In a world where you can get rich and famous by posting bizarre, hilarious, or downright stupid videos, it's hard to imagine...
#1 of 26 The Best Comedy Channels on Youtube 10.7k VOTES A ranked list of the best comedy channels on YouTube, as voted on by fans of the channels themselves. Improv, stand-up, sket...
The Best New Artists Of 2019, Ranked 88.4k VIEWS Updated: check out our list of the top 50 new artists of 2020! Here are the best new artists of 2019 you should definitely...
#31 of 50 The Best R&B Artists Of 2019, Ranked 29.1k VOTES Dropping some of the hottest smooth jams, here are the best R&B artists of 2019. From rising R&B star...
#5 of 34 The Best New Male Artists Of 2019, Ranked 1.3k VOTES Updated: check out our list of the top 10 new male artists of 2020! While it's fun to listen to old favorites, every year ...
#18 of 37 The Best Prank YouTubers 3.5k VOTES Relax, bro, it's just a prank! Here are the best prank YouTube channels. From practical jokes to fake scare pranks, the...