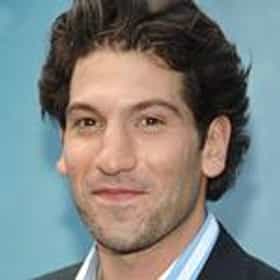 Jonathan Edward Bernthal (born September 20, 1976) is an American actor. Bernthal began his career in minor roles on Broadway and theatre before guest starring on various television shows. He gained critical acclaim and prominence for his portrayal of Shane Walsh on the AMC series The Walking Dead (2010-2012; 2018). He later starred in supporting and leading roles in various critically acclaimed films including The Wolf of Wall Street (2013), Fury, Sicario (both 2014), The Accountant (2016), Baby Driver, Wind River (both 2017), and Widows (2018). In 2015, he was cast as Frank Castle / Punisher as part of the Netflix MCU web series. He debuted on Daredevil before starring in his own ... more on Wikipedia

Jon Bernthal is ranked on...

#675 of 1,148 The Best Actors in Film History 2.2M VOTES The best actors ever are ranked here in this list of the best actors in film history. These are the greatest actors ever to ...
#26 of 41 Who Should Replace Ben Affleck As Batman? 19.4k VOTES Who can play Batman? Lots of actors can play Bruce Wayne and his alter ego, and a whole bunch have actually done so, from Ad...
#13 of 18 Hollywood Reacts To The 2020 Oscar Nominations 178 VOTES The 2020 Oscar nominations were announced and celebrities, nominees, and industry insiders took to social media to post thei...
#10 of 14 You Need to See These Yearbook Photos of the Cast of The Walking Dead 58.1k VOTES This is the moment all you zombie lovers out there have been waiting for! If you love The Walking Dead, then you'll def...
#6 of 54 The Best Actors in Live-Action Comic Book TV Shows 21k VOTES These are the actors that found that sweet spot, that portrayed these modern day gods and goddesses right. They brought our ...
#2 of 13 Stars' Reactions To 'Jessica Jones' And 'Punisher' Cancellations 2.2k VOTES In the last few months, Netflix has been cleaning house of its Marvel properties. Iron Fist was the first to go, with Luke C...
Where You've Seen The Walking Dead Actors Before 13.1M VIEWS With everyone dying and coming back to life all the time, it's hard to keep track of all the different performers appearing ...
19 Celebrities Who Have Been Real-Life Superheroes 90.5k VIEWS A list of famous actors, athletes, and personalities who have fought crime, saved lives, or otherwise stepped up to the call...

Jon Bernthal is also found on...