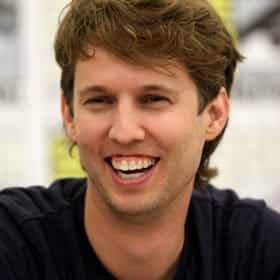 Jonathan Joseph Heder (; born October 26, 1977) is an American actor and producer. His feature film debut came in 2004 as the title character of the comedy film Napoleon Dynamite. He has also acted in the films The Benchwarmers, School for Scoundrels, Blades of Glory, Mama's Boy, When in Rome, and Walt Before Mickey as Roy Disney, and provided voice talents in the animated films Monster House, Surf's Up and Pinocchio, as well as the Napoleon Dynamite animated series. ... more on Wikipedia

Jon Heder is ranked on...

#328 of 389 The Most Overrated Actors Of All Time 1.1M VOTES This list of the most overrated actors of all time, has been ranked by critics and fans from all over the world. Actors are ...
#38 of 50 Which Team Will Win The 2018 Fortnite Battle Royale Celebrity Pro-Am? 6.7k VOTES Here are all 50 teams playing in the 2018 Fortnite Celebrity Pro-Am, ranked by how likely they will win the tournament....
Every Person Who Has Hosted 'Saturday Night Live' 47.3k VIEWS Live from New York! It's Saturday Night! This is a list of all Saturday Night Live hosts, in reverse order,...
Famous People Named John 122.1k VIEWS There are a lot famous people named John out there. How many celebrities named John can you think of? The famous Johns ...
13 Pictures of Celebrities Who Have Identical Twins 512k VIEWS Yes, you ARE seeing double! But don't worry, you don't need to get your vision checked. Several famous actors, actresses, an...
Celebrity Twins 945.5k VIEWS A List of Celebrity Twins, with photos! This list includes both fraternal and identical twins, famous twin duos and celebrit...
#127 of 157 The Best People Who Hosted SNL In The '00s 2.2k VOTES Saturday Night Live went through some big changes in the 2000s - from the 9/11 attacks to the writers strike that shortened ...
25 Celebrities Who Were on the Swim Team 49.1k VIEWS Celebrities who were on school swim teams all later became famous in the world of television, music, movies, or modeling, am...
Celebrities with Twins 77.6k VIEWS A List of Celebrities with Twins, with photos! This list includes both fraternal and identical twins. Only 2% of the world's...

Jon Heder is also found on...