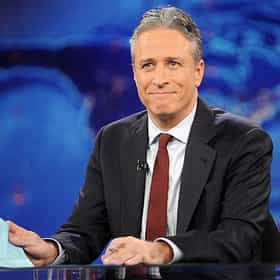 Jon Stewart (born Jonathan Stuart Leibowitz; November 28, 1962) is an American comedian, writer, producer, director, activist, political commentator, actor, and television host. He hosted The Daily Show, a satirical news program on Comedy Central, from 1999 to 2015. Stewart started as a stand-up comedian but branched into television as host of Short Attention Span Theater for Comedy Central. He went on to host The Jon Stewart Show and then You Wrote It, You Watch It, both on MTV. Stewart has also appeared in several films, such as Big Daddy (1999) and Death to Smoochy (2002), but did few cinematic projects after becoming host of The Daily Show in 1999. He was also a writer and ... more on Wikipedia

Jon Stewart is ranked on...

Jon Stewart is also found on...