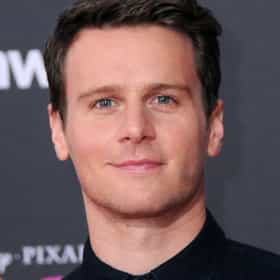 Jonathan Drew Groff (born March 26, 1985) is an American actor and singer. Groff rose to prominence in 2006 for his performance in the lead role of Melchior Gabor in the original Broadway production of Spring Awakening, for which he was nominated for the Tony Award for Best Actor in a Musical. He returned to Broadway in 2015 to play the role of King George III in Hamilton, a performance for which he earned a nomination for the Tony Award for Best Featured Actor in a Musical. He also appeared on the cast recording, which won the Grammy Award for Best Musical Theater Album. Groff is also known for his television appearances, such as Ian Todd in the Starz political drama Boss; ... more on Wikipedia

Jonathan Groff is ranked on...

#160 of 243 The Hottest Men Of 2019, Ranked 2.7M VOTES UPDATED: Check out the hottest men of 2020!  This list rounds up the most handsome men of 2019. Some would say t...
#28 of 30 The Most Eligible Bachelors Of 2020 1.9k VOTES It's a new decade, and for many single male celebrities, it's a fresh chance to find love. Some of Hollywood's most eligible...
#2 of 85 The Best Broadway Stars of the 21st Century 11.5k VOTES This list ranks all of the greatest stars to have performed on Broadway during the 21st century, young and old, male and f...
#8 of 129 The Greatest Broadway Stars of All Time 48.6k VOTES These Broadway stars have been the biggest audience draws in the past, and many are sure to be in the future. All the thea...
#69 of 85 Who Do You Want To See On Carpool Karaoke? 24.4k VOTES Few things are more humanizing than watching someone go off to their favorite song while driving around. Whether it's your b...
50+ Actors Who Have Done Shakespeare in the Park 7.6k VIEWS Shakespeare in the Park festivals are popular all over the world. In cities like New York City, several famous actors and ac...
50+ Famous Actors Who Are Aries 31 VIEWS Aries are passionate, bold, and ambitious, so it should come as no surprise that the below famous actors fall under that zod...
50+ Famous Singers Who Are Aries 20 VIEWS This list will act as your reference to all the famous Aries singers. Ever wonder which famous singers have an Aries zodiac ...

Jonathan Groff is also found on...