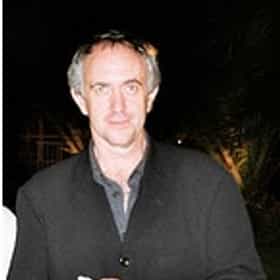 Jonathan Pryce (born John Price; 1 June 1947) is a Welsh actor and singer. After studying at the Royal Academy of Dramatic Art and meeting his longtime girlfriend, English actress Kate Fahy, in 1974, he began his career as a stage actor in the 1970s. His work in theatre, including an award-winning performance in the title role of the Royal Court Theatre's Hamlet, led to several supporting roles in film and television. His breakthrough screen performance was in Terry Gilliam's 1985 cult film Brazil. Critically lauded for his versatility, Pryce has participated in big-budget films including Evita, Tomorrow Never Dies, and Pirates of the Caribbean as well as independent films including ... more on Wikipedia

Jonathan Pryce is ranked on...

#284 of 329 The Greatest Actors Who Have Never Won an Oscar (for Acting) 468.1k VOTES There are many actors who haven't won an Oscar. For 95 percent of the acting population, there is probably a good reason the...
#63 of 115 The Best English Actors of All Time 79.8k VOTES Some of the best actors of all time hail from England, and whether you love these English men for their acting talents or ju...
#7 of 19 What Every 2020 Academy Awards Nominee Looked Like In Their Early Acting Roles 1.3k VOTES This year's crop of best actors and actresses are a mixed bag of incredible talent. Ranging from seasoned vets to newbies in...
#34 of 52 The Best Game of Thrones Actors 23.2k VOTES Perhaps it should come as no surprise that there are a slew of award-winning actors in the Game of Thrones cast. T...
Famous People Who Don't Like Game of Thrones 86.5k VIEWS It seems like just about everyone you know is absolutely obsessed with Game of Thrones. Already six seasons in, the show sti...
A Look Back on Game of Thrones Actors in '90s Movies 104.1k VIEWS Want to see Game of Thrones characters when they were young? Many of them starred in '90s films, back when they weren’t alwa...
#18 of 27 The Best Actors Who Played Sherlock, Ranked 123 VOTES Sherlock Holmes is always on the case, but which of these actors played him best? As one of the biggest literary characters ...

Jonathan Pryce is also found on...