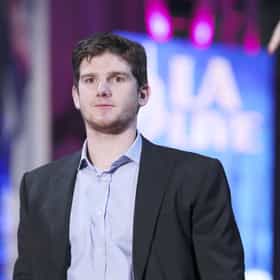 Jonathan Douglas Quick (born January 21, 1986) is an American professional ice hockey goaltender for the Los Angeles Kings of the National Hockey League (NHL). Quick was selected in the third round, 72nd overall, by Los Angeles at the 2005 NHL Entry Draft. Quick is a two-time Vezina Trophy nominee and William M. Jennings Trophy winner and was a silver medalist with the United States at the 2010 Winter Olympics. He won his first Stanley Cup championship with the Kings on June 11, 2012, and his second in 2014, again with the Kings. He was awarded the Conn Smythe Trophy as the Most Valuable Player (MVP) of the 2012 Stanley Cup playoffs, the most recent goaltender to win the award. ... more on Wikipedia

Jonathan Quick is ranked on...

#12 of 201 People who voted for Jonathan Quick... People on the West Coast are 2x more likely to vote for this also upvote Halloween Franchise on The Greatest Horror Films of All Time The Best Current NHL Players 236.5k VOTES The best current NHL players are not just the league-leading skaters and goaltenders in the league right now but also some o...
#16 of 37 Who's the Best Goalie in the NHL Right Now? 7.6k VOTES Risking it all each time they take their position, the best NHL goalies are some tough dudes. Hockey is a scary sport as it ...
#13 of 72 The Greatest American Hockey Players of All Time 13.2k VOTES This list of the greatest American hockey players includes some of the NHL's best players, including Mike Modano, Jeremy Roe...
#14 of 17 The Most Clutch Athletes in Sports Today 12.1k VOTES When the score is tight and tensions are high, which athletes can rise to the occasion and use the opportunity to show ...
#6 of 84 The Greatest Los Angeles Kings of All Time 10.8k VOTES A list of the greatest Los Angeles Kings of all time. Since the team's inception in 1967, the Kings were known as one of the...
Famous People Named John 123.9k VIEWS There are a lot famous people named John out there. How many celebrities named John can you think of? The famous Johns ...
#1 of 71 Every Goalie In Los Angeles Kings History, Ranked 920 VOTES The best Los Angeles Kings goalies of all time have all had a hand in making the Kings one of top Stanley Cup contenders in ...
#48 of 51 The Best Athletes Who Wore #32 651 VOTES The best players to wear 32 as their jersey numbers are sprinkled across all major sports. It has been a popular jersey numb...

Jonathan Quick is also found on...