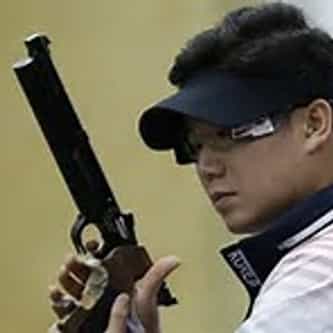 Jin Jong-oh (진종오; Korean pronunciation: [tɕin.dʑoŋ.o]; born 24 September 1979) is a South Korean sports shooter who competed at the 2004, 2008, 2012 and 2016 Summer Olympics. The only individual four-time Olympic champion in shooting, he is the most successful individual shooter at the Olympics, being the only athlete to have won three consecutive Olympic gold medals in an event (men's 50 metre pistol) in shooting. He holds the world record in both 10 metre air pistol and 50 metre pistol ... more on Wikipedia

Jin Jong-Oh IS LISTED ON