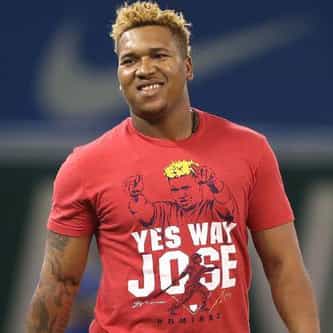 José Enrique Ramírez (born September 17, 1992) is a Dominican professional baseball third baseman for the Cleveland Indians of Major League Baseball (MLB). He signed with Indians as an amateur free agent on November 26, 2009, and made his MLB debut on September 1, 2013. Ramírez was selected for the MLB All-Star Game in 2017 and 2018, and also won the Silver Slugger Award for both years. He became the 19th player in history to hit at least 56 doubles in one season, ... more on Wikipedia

José Ramírez IS LISTED ON