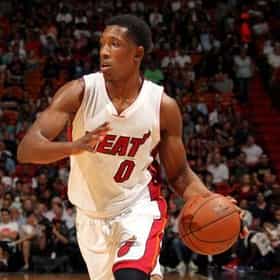 Joshua Michael Richardson (born September 15, 1993) is an American professional basketball player for the Philadelphia 76ers of the National Basketball Association (NBA). He played college basketball for the Tennessee Volunteers, earning first-team all-conference honors in the Southeastern Conference (SEC) as a senior in 2015. He was selected in the second round of the 2015 NBA draft by the Miami Heat. On April 5, he was named Eastern Conference Rookie of the Month for March, becoming just the third player in Heat franchise history to win the monthly rookie award; the other two being Caron Butler (four-time recipient in 2002–03) and Michael Beasley (April 2009). In the 2018-19 season, ... more on Wikipedia

Josh Richardson is ranked on...