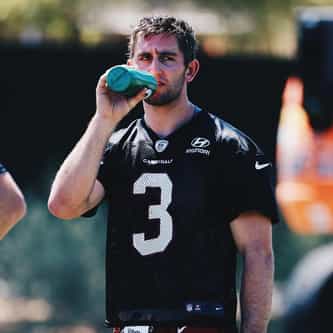 Joshua Ballinger Lippincott Rosen (born February 10, 1997), nicknamed "Chosen Rosen" or "the Chosen One", is an American football quarterback for the Miami Dolphins of the National Football League (NFL). Rosen was a top-rated recruit coming out of high school, where he was named a 2014 USA Today High School All-American. The first true freshman to ever start at quarterback for the UCLA Bruins in a season opener, he was named a Freshman All-American and was honored as ... more on Wikipedia

Josh Rosen IS LISTED ON