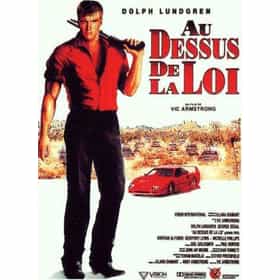 Joshua Tree, also released as Vanishing Red and Army of One among other names, is a 1993 action film directed by Academy Award and BAFTA-winning stunt coordinator Vic Armstrong, written by Steven Pressfield and starring Dolph Lundgren, Kristian Alfonso, and George Segal. Much of the film was filmed in Los Angeles, Lone Pine, Agua Dulce, and the desert of the Joshua Tree National Park of southeast California. The climax was shot in the Cottonwood Canyon region of the Sierra Nevada mountain range. ... more on Wikipedia

Joshua Tree is ranked on...

Joshua Tree is also found on...