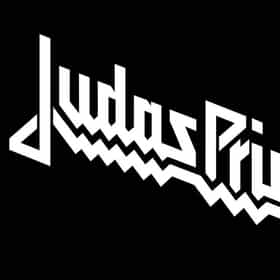 Judas Priest are an English heavy metal band formed in West Bromwich in 1969. They have sold over 50 million copies of their albums. They are frequently ranked as one of the greatest metal bands of all time. Despite an innovative and pioneering body of work in the latter half of the 1970s, the band had struggled with indifferent record production and a lack of major commercial success or attention until 1980, when they adopted a more simplified sound on the album British Steel. The band's membership has seen much turnover, including a revolving cast of drummers in the 1970s and the departure of singer Rob Halford in 1992. The American singer Tim "Ripper" Owens replaced ... more on Wikipedia

Judas Priest is ranked on...

#104 of 2,211 People who voted for Judas Priest... also upvote Star Wars Franchise on The Best Movies of All Time The Best Rock Bands of All Time 3.3M VOTES Update: Follow Ranker's official New Rock 2020 playlist on Spotify! There are thousands of rock bands that have ...
#53 of 180 The Best Hair Metal Bands Of All Time 159.7k VOTES What are the best hair metal bands of all time? The hair bands, or glam metal bands, on this list are some of the best of th...
#349 of 358 The Worst Rock Bands of All Time 749.5k VOTES Here they are: the absolute worst rock bands in history, ranked from the most awful bands to the kind of okay but still pret...
#4 of 424 People who voted for Judas Priest... also upvote Twilight Saga Franchise on The Most Overrated Movies of All Time also upvote The Number of the Beast on The Top Metal Albums of All Time The Greatest Heavy Metal Bands Of All Time 869.3k VOTES Update: Follow Ranker's official New Metal 2020 playlist on Spotify! Creating some of the best metal songs of 20...
#95 of 333 People who voted for Judas Priest... Men are 2x more likely to vote for this The Greatest Classic Rock Bands 490.8k VOTES The greatest classic rock bands of all time embody the spirit of a generation of people who just wanted to rock. These top c...
#20 of 35 Bands People Lie About Liking 15.1k VOTES Music is a social staple, and relevant bands have become a defining cultural landmark people use to demonstrate their i...
#6 of 36 The Best Bands Named After Songs 4.5k VOTES Complete list of bands named after songs performed by other musicians (or, in some cases, bands named after their own songs)...
#5 of 14 Metal Bands With The Best Fans 427 VOTES A 2015 data study by Spotify found that fans of metal bands are the most loyal around the world. To any metal fan,...
#22 of 76 The Greatest Rock Band Logos of All Time 52.3k VOTES Picking the best band logos of all time turned out to be quite a task. When asking people about their favorite band logos, m...
#7 of 20 Famous Bands That Changed Lead Singers 4.8k VOTES When it comes to putting together a killer band, it's all about the chemistry. There are so many groups that switched lead s...
#86 of 100 Artists Who Have Inspired the Best Covers 16.4k VOTES Artists who have inspired the best covers include legendary musicians and bands like The Beatles, Bob Dylan and Jimi Hendrix...
#23 of 95 The Best Glam Metal Bands 21.2k VOTES The 1980s offered music listeners a new type of sound in terms of glam bands. Before, people glam bands meant over-the-top p...
#3 of 101 The Best Classic Metal Bands 19k VOTES When heavy metal first emerged at the beginning of the 1970s, naysayers would have never suspected that the bands from those...
21 Musicians Who Are (Supposedly) in the Illuminati 341.2k VIEWS While numerous rappers and pop stars — people like Katy Perry, Jay-Z, and Lady Gaga— are alleged to be members of the I...
Which Metal Band Are You Based On Your Zodiac? 1.9k VIEWS No matter who you are or where you’re from, the zodiac can help you solve some of life’s biggest mysteries. You can find out...
The Best Guitar Teams 11.7k VIEWS Typical Best Guitarist rankings are not usually fair to the "team players" of great guitar bands. This list is for...

Judas Priest is also found on...