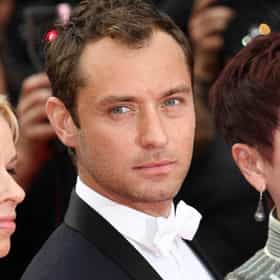 David Jude Heyworth Law (born 29 December 1972) is an English actor. He has received nominations for two Academy Awards, four Golden Globe Awards, two Screen Actors Guild Awards, and two British Academy Awards (BAFTAs), winning one. In 2007, he received an Honorary César and was named a knight of the Order of Arts and Letters by the French government, in recognition of his contribution to World Cinema Arts.Law rose to international fame for his role in Anthony Minghella's The Talented Mr. Ripley (1999), for which he won the BAFTA Award for Best Actor in a Supporting Role and was nominated for the Golden Globe Award and the Academy Award for Best Supporting Actor. In 2004, he ... more on Wikipedia

Jude Law is ranked on...

Jude Law is also found on...